I am currently testing, on myself anyways, what I call a process protocol. This coupled with a whole-food/plant-based fare that is approximately 80/10/10. 80% whole foods. 20% fat and protein. 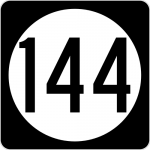 Through my continued experimentation with digestive enzymes, I am becoming more convinced that we need to start trading some of the money we are spending on food for money spent on enzymes. To the point that we can probably easily consume 1700 or less calories a day with proper digestive enzyme supplementation and end up with a greater nutritional impact, lower financial and metabolic cost resulting in better health and extended longevity.